Audiovisual Series On The Web

Funding of international TV formats via commercials, Public TV (GEZ) and/ or Pay TV. Whereas Webseries just have a small budget and therefore work due to a low cost policy.

Besides Webseries have to deal with the audiences’ SHORT ATTENTION SPAN. According to a TubeMogul study in 2008, the average video viewer spends less than one minute watching any clips on the internet. An explanation can be that people acustom themselves to different viewing habits such as watching videos from different surroundings (on the bus, train, at school, etc … ). Furthermore they’re not restricted to a computer anymore (e.g. Smartphones and Tablets )

How to deal with shorter attention spans?

e.g. Netflix’s “House of Cards” and “Orange is the New Black” have narrative structures and production values similar to traditional TV series.

http://youtu.be/nryWkAaWjKg
(Orange is the new black 2013)

Financing and its impact on storytelling

Another commercial model is the Product Placement and its enhancement the Branded Entertainment: 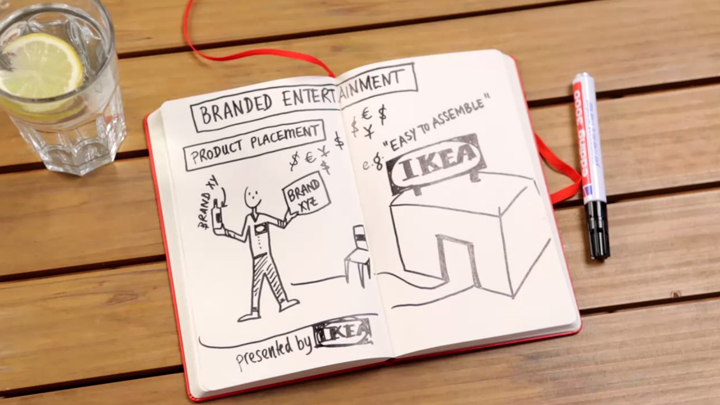 Trend among brands to get involved in classic TV series by sponsoring WEB SPIN-OFFS ( cheaper than product placement). Besides they have more experimental freedom on the web.

Spin-Off examples: Angel, Fantastic Beast and where to find them

Web Series and beyond – most exciting developments?

TRANSMEDIA LIGHT according to Rebecca Ahlen:

Possibilities to tell stories on the web