Unlike serial formats, many novels, films/movies or even a lot of video games consist of a clear beginning, a middle and an end. To a certain extent, they can be considered to be ONE-OFFS.

Fundamental characteristics of serials (in contrast to one-offs): 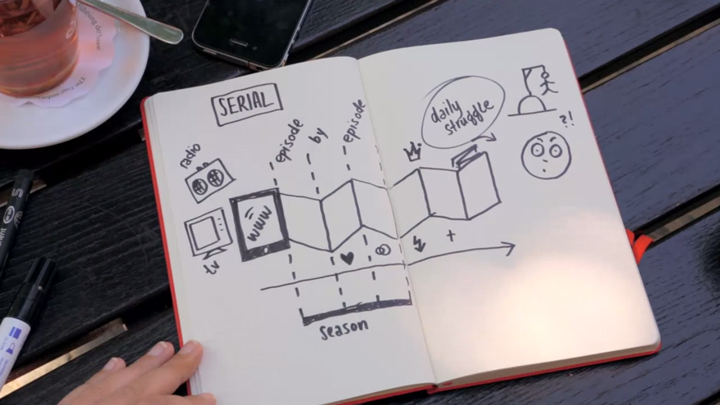 packed with characters and events of Dickensian dimension and color, their time and place observed with satiric exactitude, each has the kind of cohesive dramatic arc that defines a work complete unto itself. ( Vincent Canby) 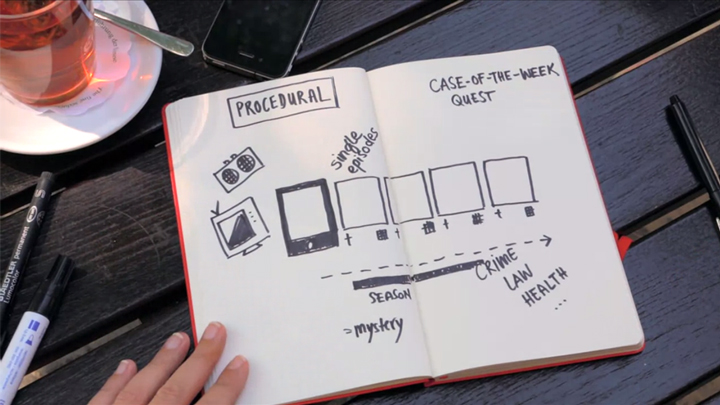 How do writers achieve such a case or mystery?

Often a mystery in a narrative occurs when the plot withholds important events from our knowledge. […] delaying the information about [event X] until [person Z] learns of it. (David Bordwell, Kristin Thompson)

Only by delaying the revelation of some information can the [plot] arouse anticipation, curiosity, suspense and surprise. (David Bordwell)

Difference in writing a procedural and a serial

> So the case-of-the-week and the Arena impact each episode, the plot and the overall story.
> Episodic storytelling

> The entire story, the plot and each episode are part of the Arena/the setting.
> Arc-driven storytelling

Production Process ( according to Des Doyle )

e.g. U.S Series have their own SHOWRUNNER:

Whereas daily dramas are developed within the whole Team/Writers’ room :