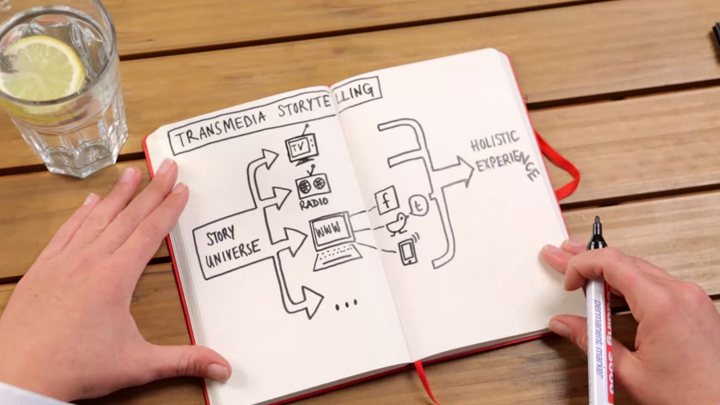 Applying the idea of franchising, e.g. a trilogy of books into transmedia storytelling could be:

For further information have a look at Robert Pratten, Getting started in Transmedia Storytelling

It’s about a kidnapped woman called Christina, who is trapped in a room only having a laptop with an internet connection. Not knowing where she is or why she is being held, she uses it to mobilize her social network in order to escape. Viewers are encouraged to connect with her, tweet clues and post advice to her Facebook page. Thereby the audience play a role as how the story develops.

How to create a transmedia project?

USER EXPERIENCE is even more challenging and relevant in transmedia storytelling than when writing a book:

In order to create an IMMERSIVE EXPERIENCE the storyteller needs to think about how the audience interprets and reacts to it.

Compared to the reason of the success of AAA Games: 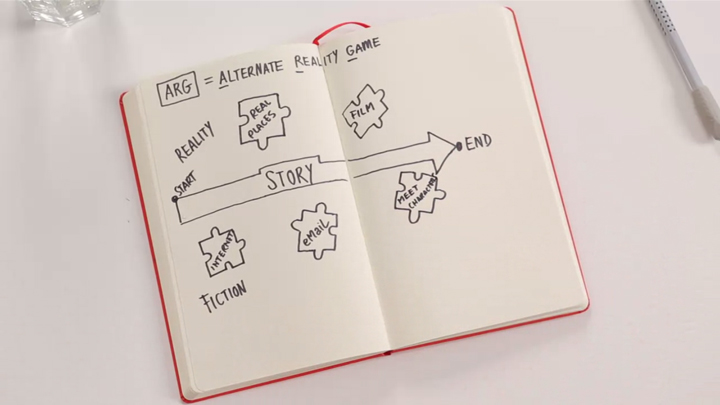 The 5 most insane alternate reality games

How do they tell stories?